Top
You are here: Home / Holidays & Seasons / Holidays / Halloween / A Donut Costume for your “Sweetie”

While I have always been an advocate for affordable, homemade Halloween costumes, this is my first year trying to coordinate two kids! Call me weird, but until I no longer have a say in the matter, I want my children to at least “go together” for holidays … and that includes Halloween.

My oldest son is really into “heroes” right now: Spiderman, Superman, Firefighters, and Police Officers. So when he went nuts for being a cop this year, I knew I had something good on my hands. But, what goes well with a police officer? You got it: donuts! 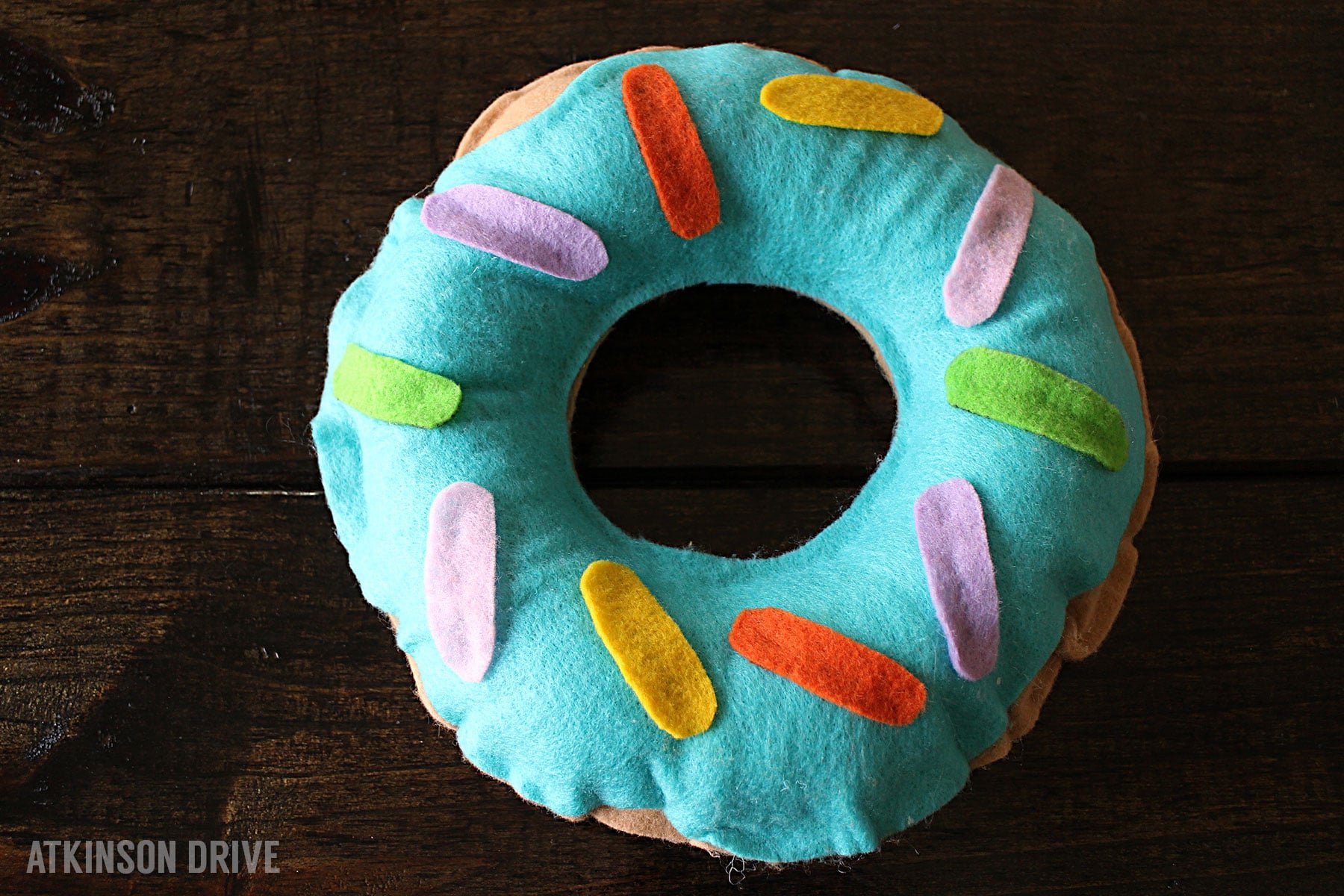 To create the baby’s costume, all I needed was some felt, hot glue, and fibre fill stuffing. Initially, I tried to use velcro to attach the donut to my son’s shirt … but I quickly realized that safety pins are much easier to use, and more durable.

I made the actual donut approximately 18” around. If you feel this would be too large for your little, then measure them and use that number to create your costume. Then trace around a bowl or cup to get the center circle shape. 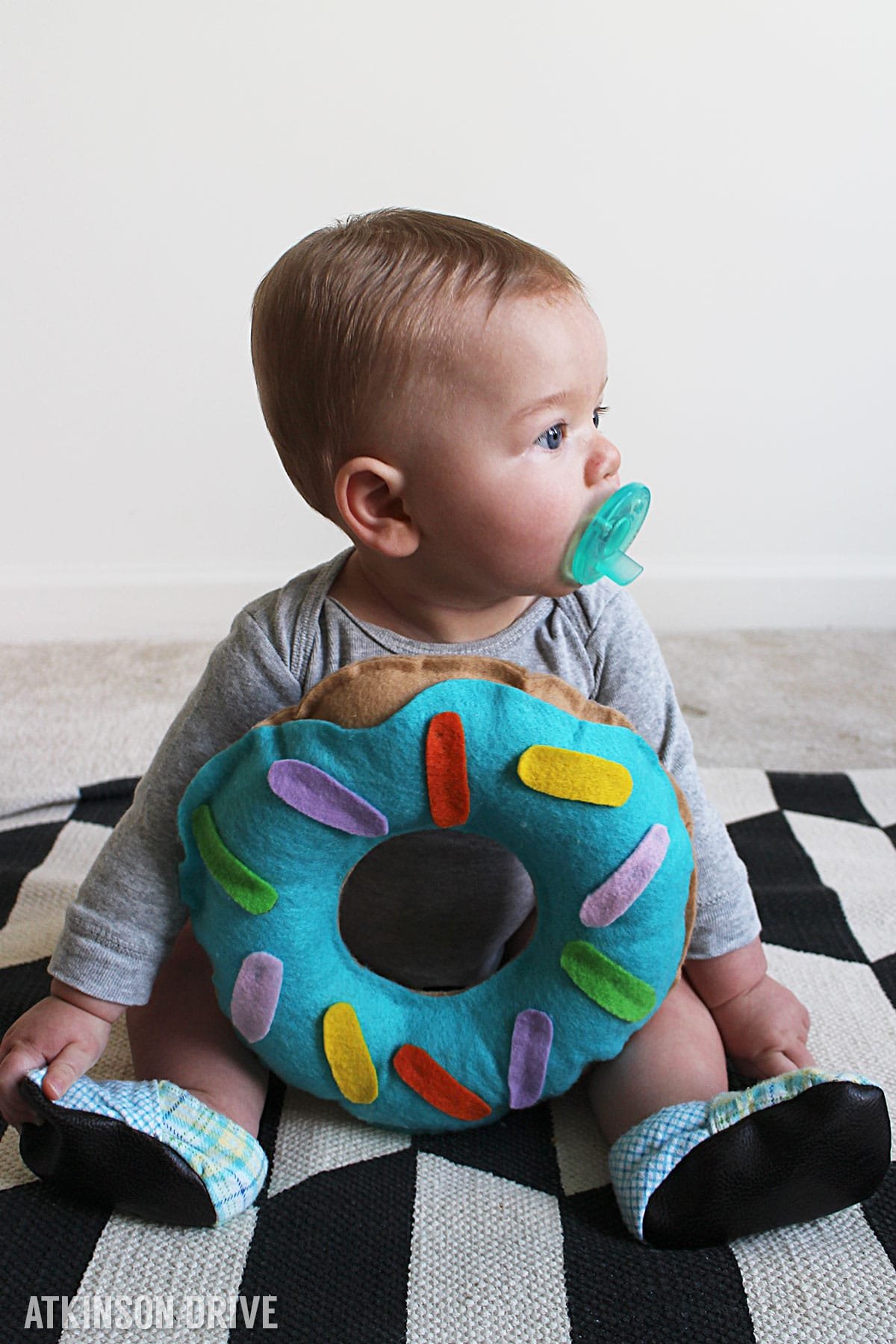 For the frosting, simply sketch a wavy circle shape on your colorful felt. This is really “creative” and up to interpretation … just draw until you find what you like and cut it out. Then hot glue the frosting onto the donut.

I tend to be a little OCD when it comes to certain things, so I made a sprinkle template on a piece of printer paper and then cut out my felt using that as a guide.
After eyeballing how I wanted the sprinkles to lay on the frosting, I used hot glue to stick them down. 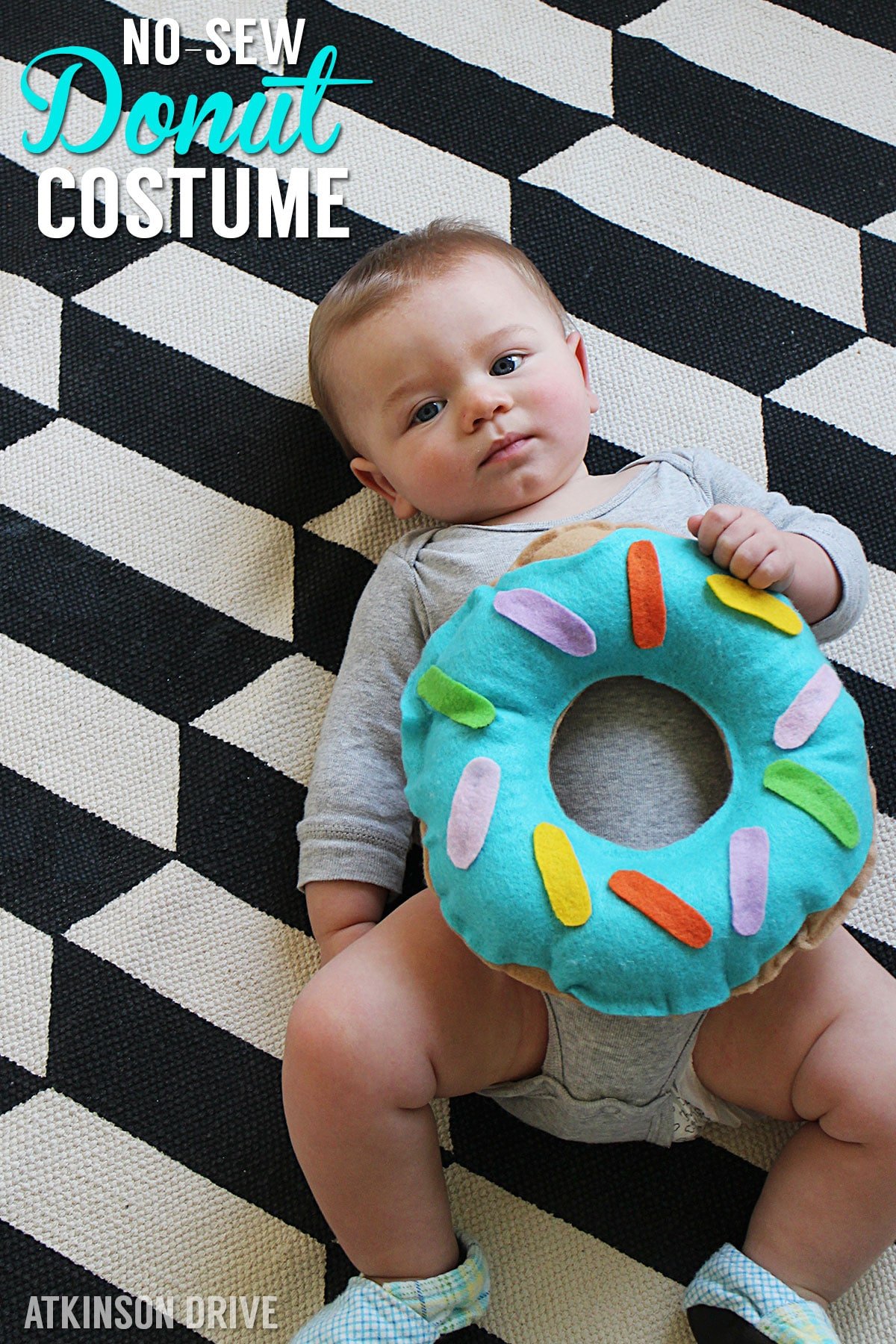 When you’re done putting all of that together, it’s time to make the “pillow” part of your costume. Glue around the outside edges of the tan felt and stick it together – making sure to leave a few inches open so you can stuff it.
After the glue has cooled, stuff the donut and seal the opening.

Like I said before, I had originally tried to use velcro to stick the donut onto my son’s shirt. It wasn’t very sturdy, and I have found that a few safety pins work much better.

Pair the costume with some cute leggings and shoes and you’re good-to-go! It’s simple, affordable, and oh-so-adorable!

If you’re interested in some other homemade costume ideas, check these out: 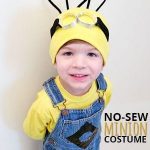 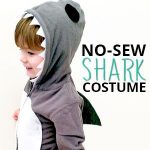 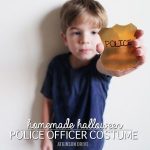