The whole party was originally meant to be outside. We were going to have corn hole and bocce, and all of the food and beverage was going to be scattered around the yard. Of course the morning of the party it poured, and we were concerned about the ground being too wet. So we ended up going with “Plan B” and having most of the party elements inside the house, with just a small portion of the fun outside on the patio. 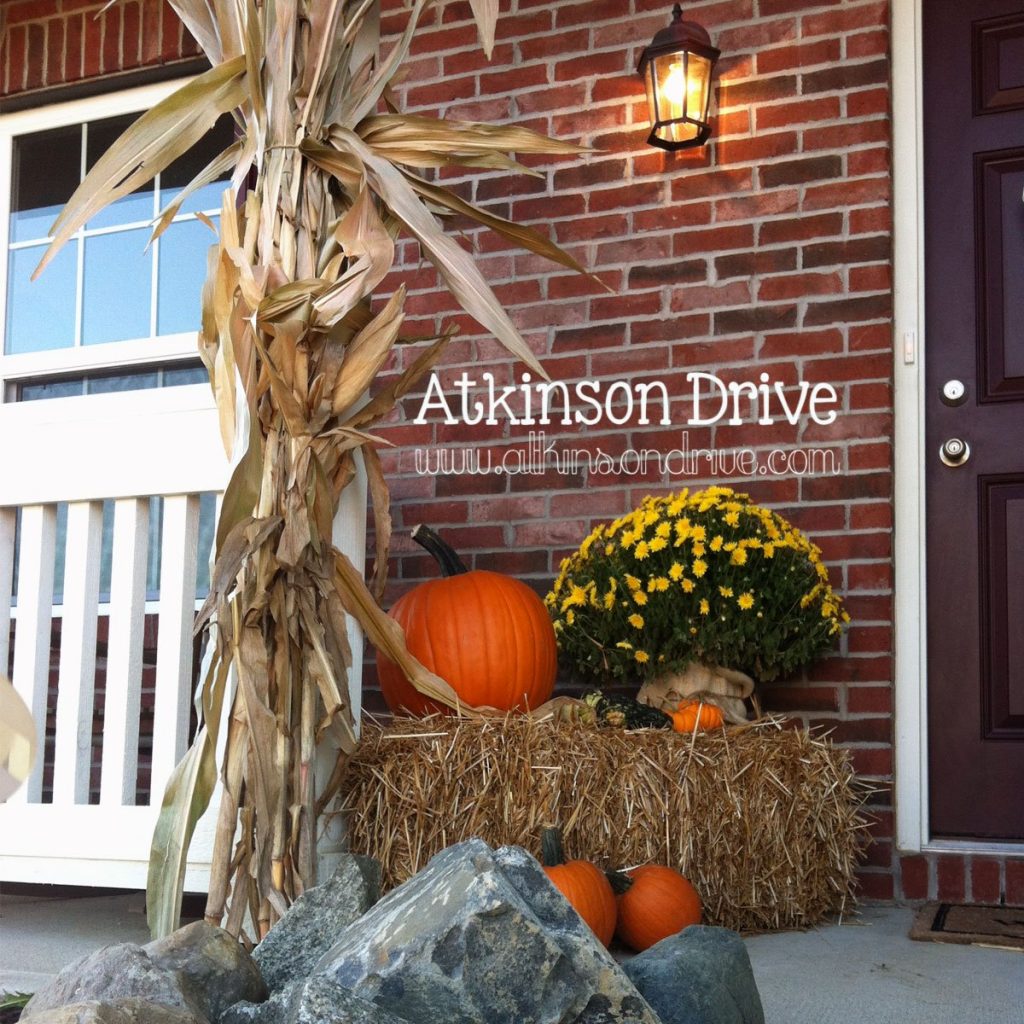 As guests entered the house, they had the option of leaving some “Words of Wisdom” for the parents-to-be. There were some great tips, and the plan is to create a photo album for the parents with some party photos and the advice cards. 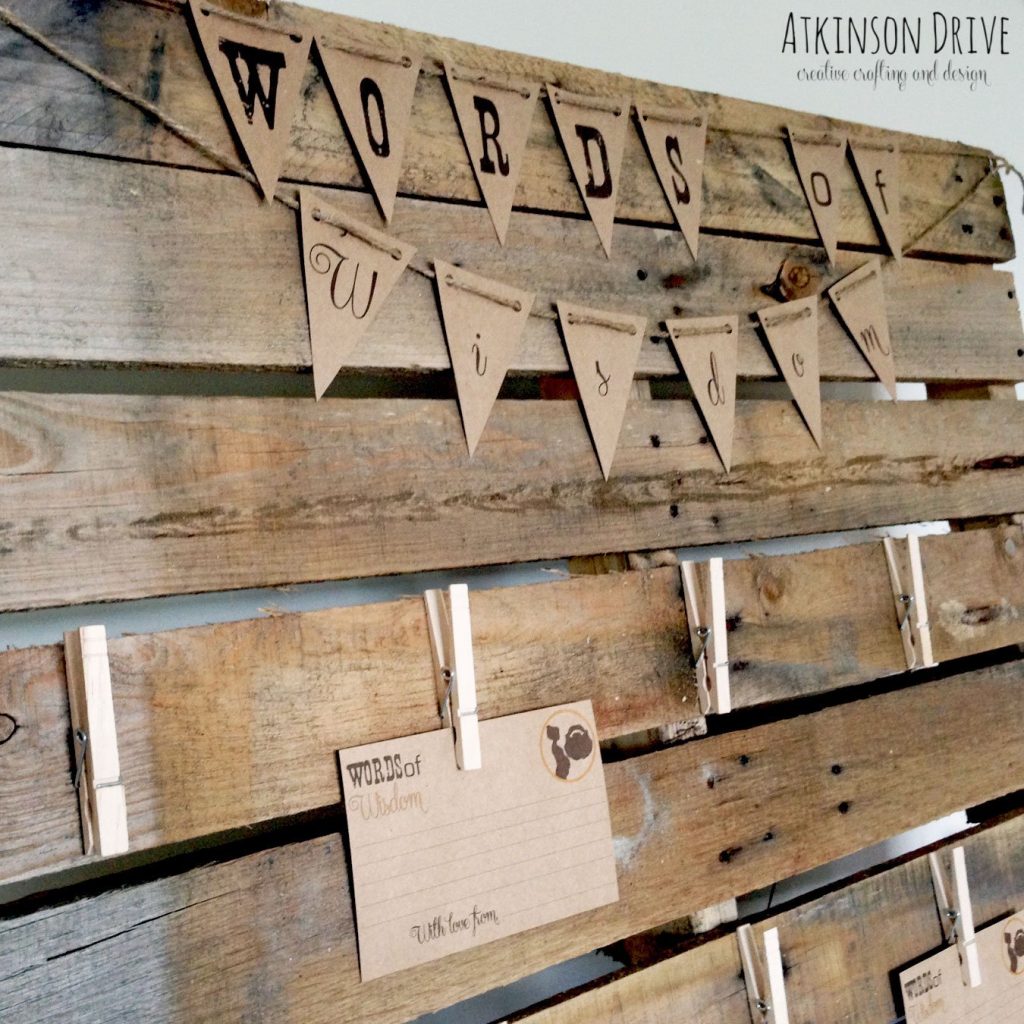 We went really simple with favors, using brown bags that we stamped with a Fall-themed tree. Each was filled with a small payday candy bar and a mixture of candy corns and mallow pumpkins. 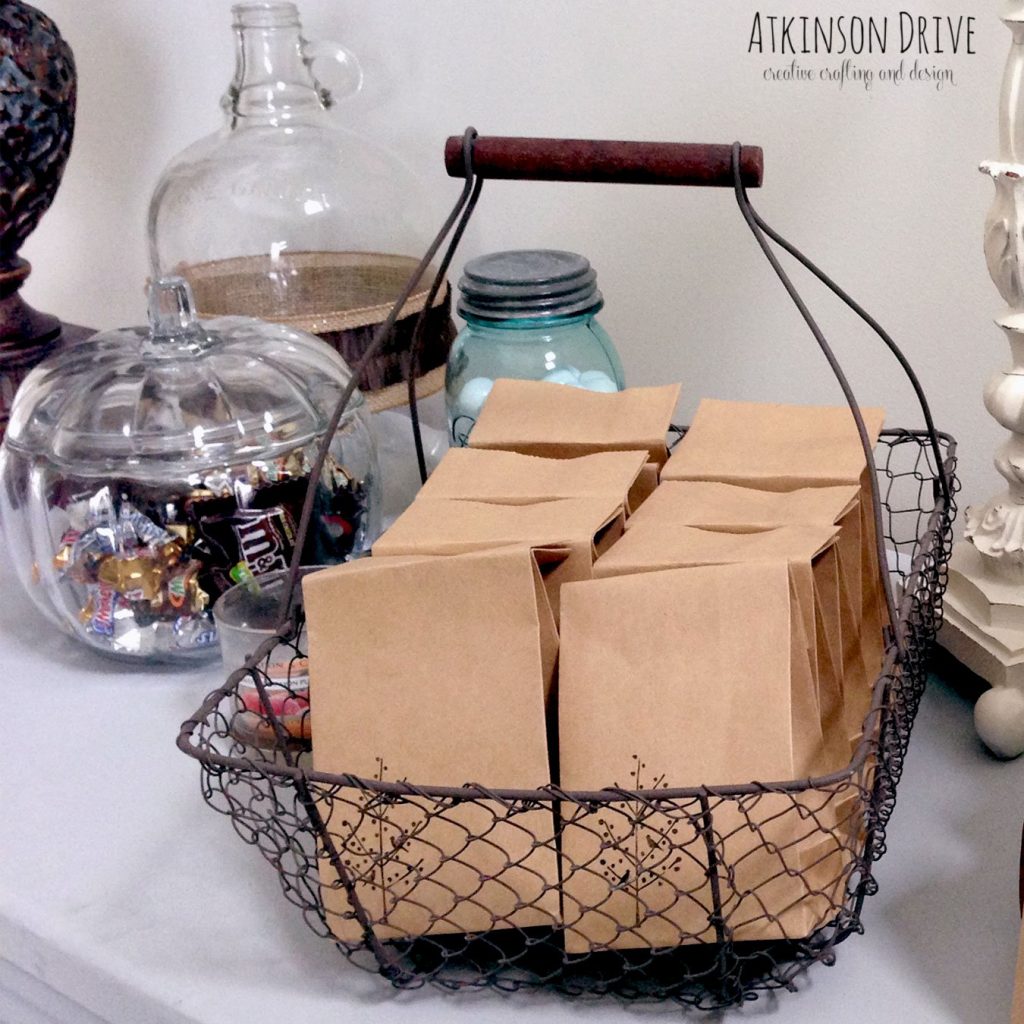 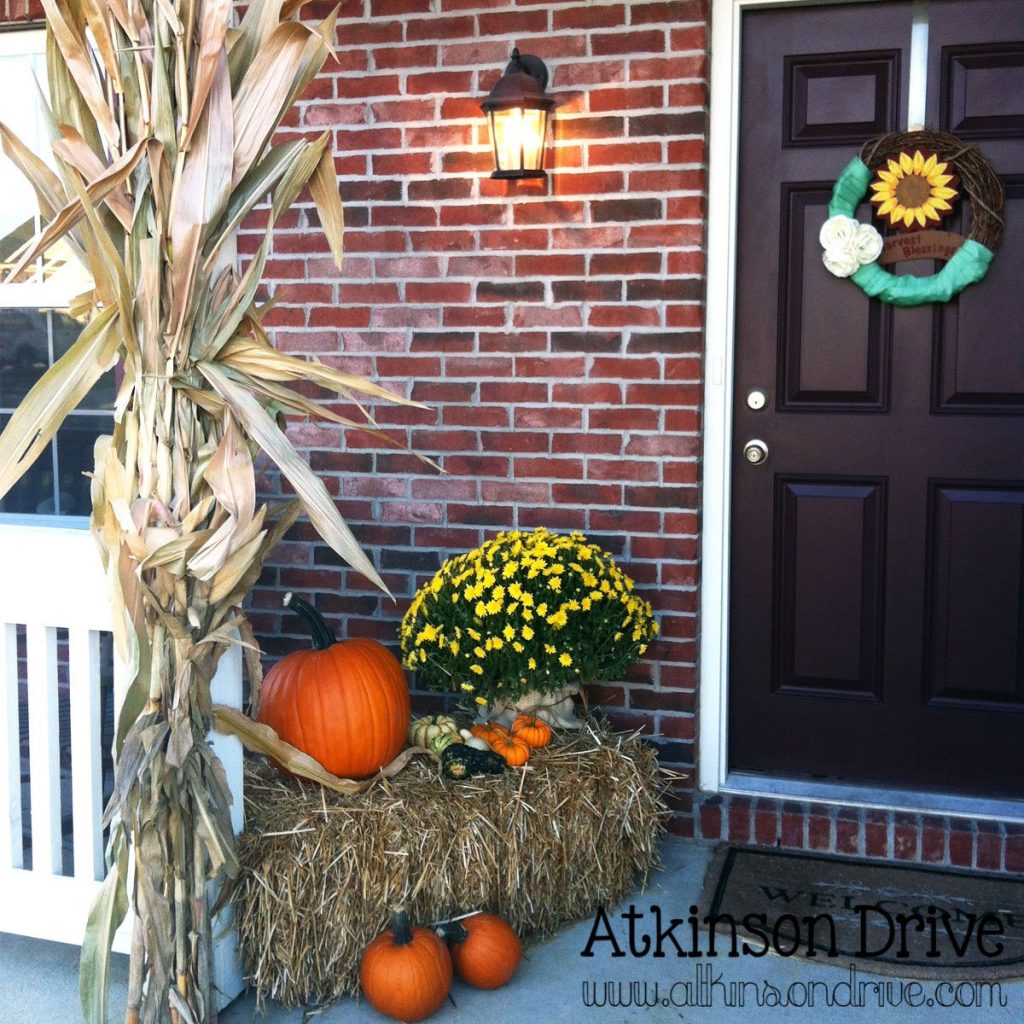 We provided two signature drinks: one for mom (Pomegranate Cooler) and one for dad (Pumpkin Cider Beer-tail). In addition to that we had ice water and mulled apple cider. Each of the guys was asked to bring a 6-pack of their favorite Fall beer to share with the group. We filled a vintage wagon with ice and put the beers in it. 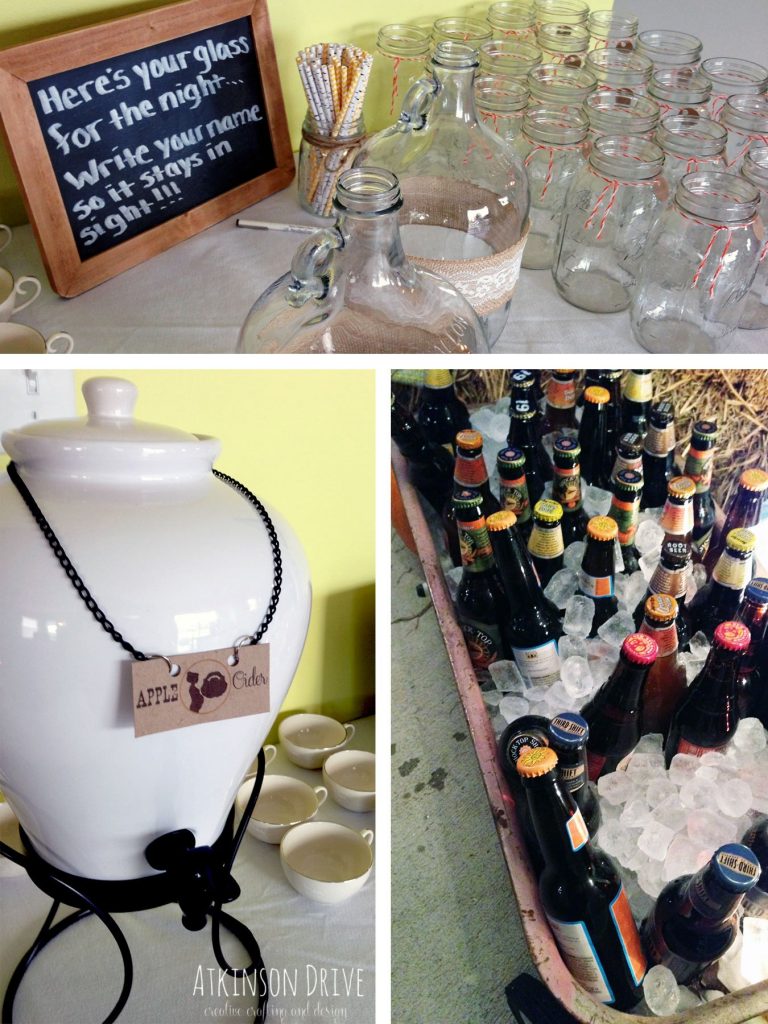 As far as food goes … we had way too much! But, isn’t that the best way to party? The mom-to-be is gluten-free, so we did our best to provide a lot of options for her in addition to some glutenous goodies! 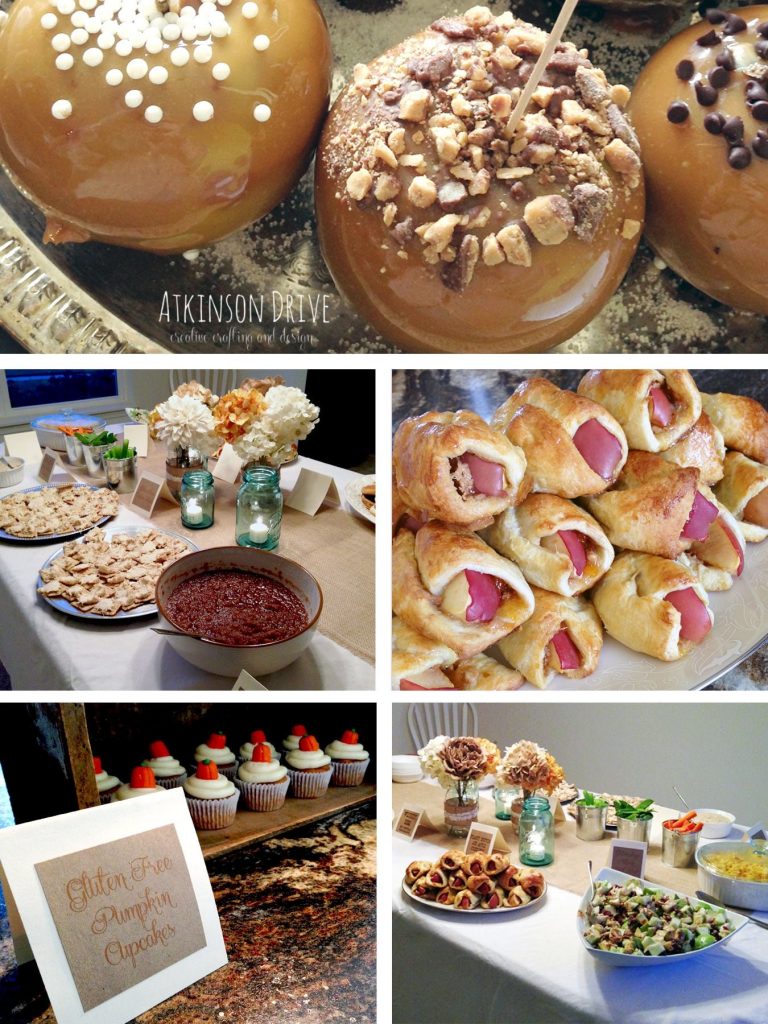 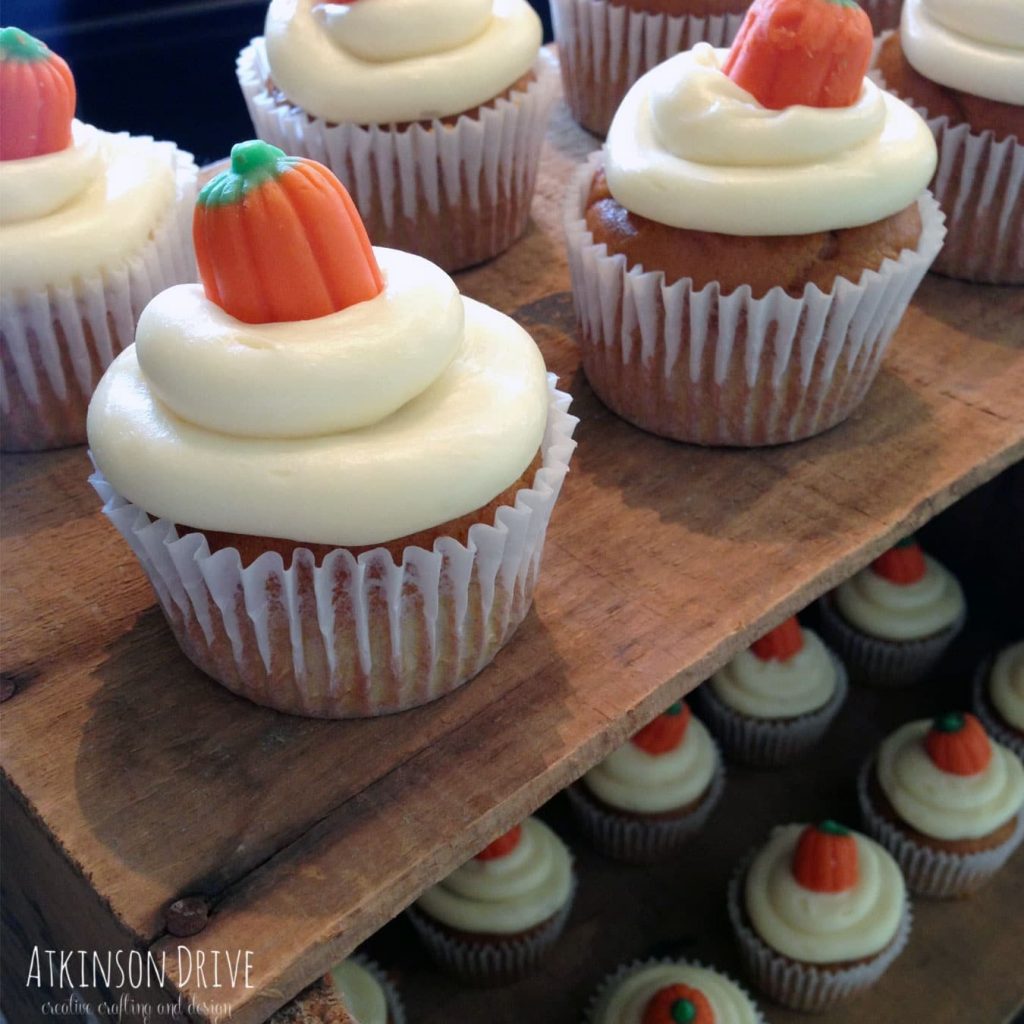 My first foray into gluten-free cooking and baking was pretty exciting, and I think it turned out really well! Plus, it was nice to provide the guest-of-honor with some delicious food that wouldn’t make her sick and that she didn’t have to cook herself! 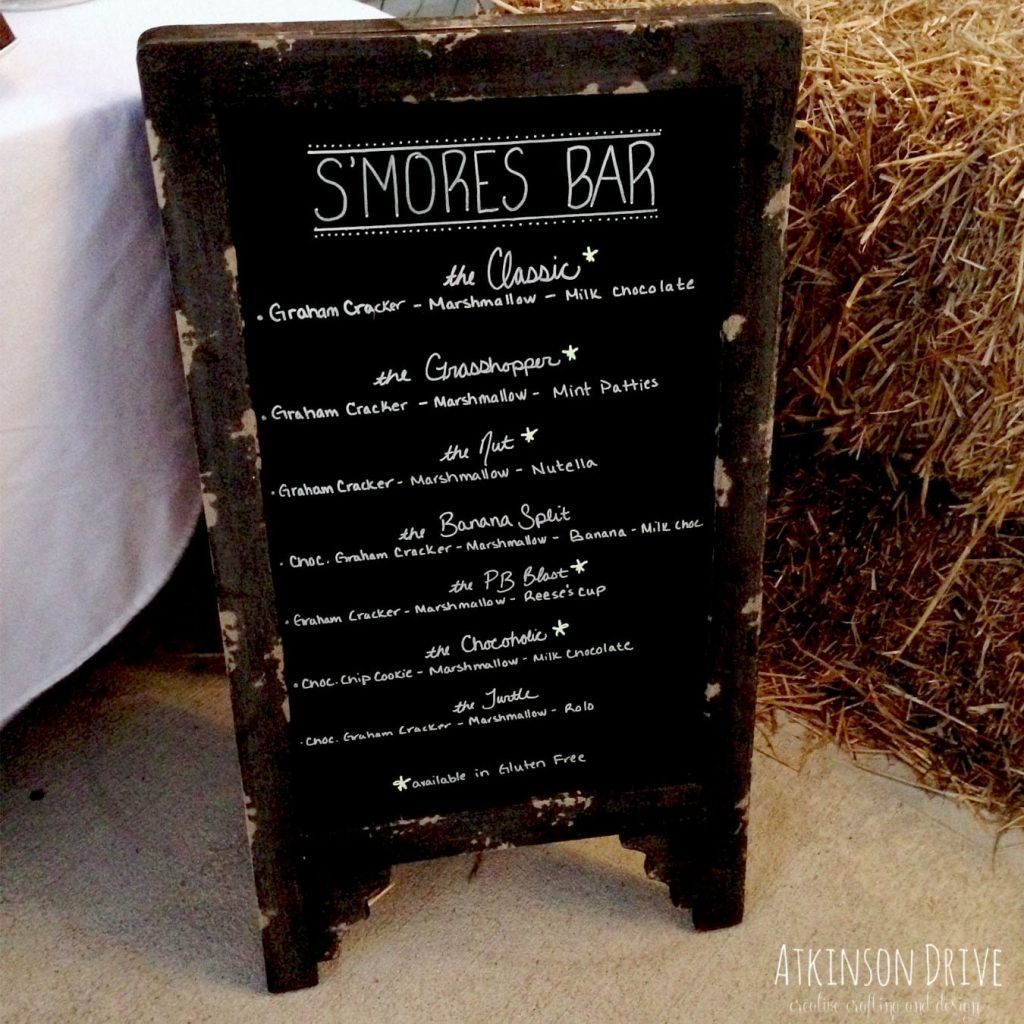 Since we didn’t have many of the standard baby shower activities, I think the piece de resistance of the party was the S’Mores Bar! There were a ton of options (even some gluten-free ones), and we provided a few delicious flavor suggestions for our guests. 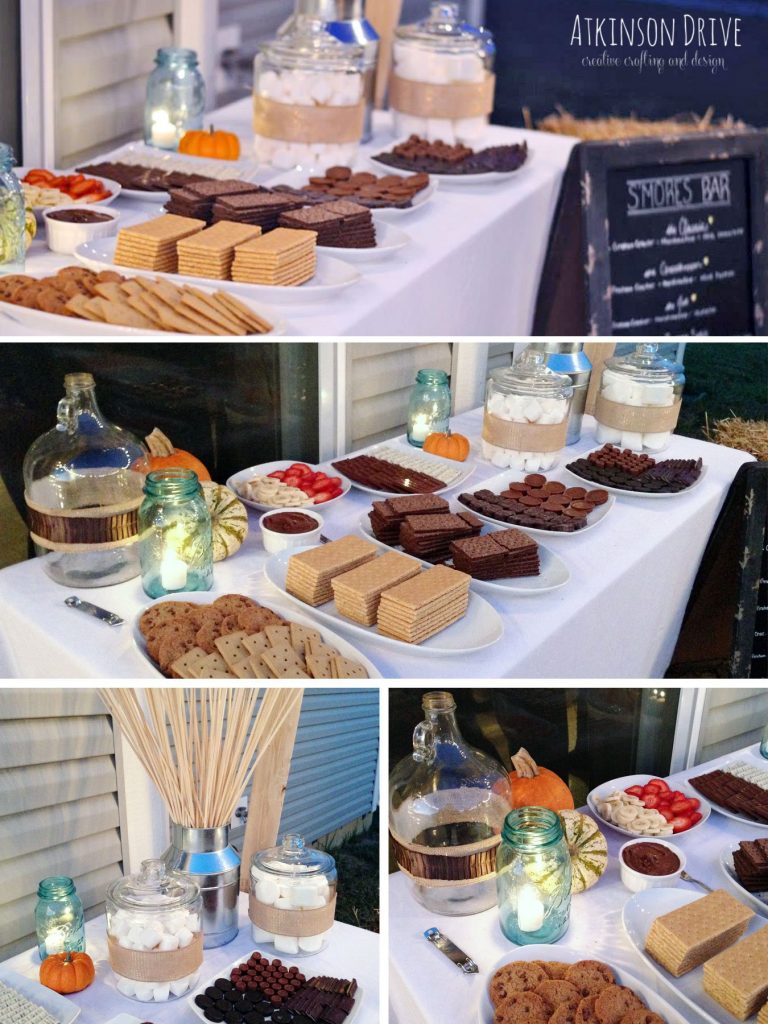 In the center of our patio, we placed the fire pit for marshmallow roasting. We jerry-rigged some light stands and used them to hang outdoor bulb lights around the patio. Bales of hay surrounded the outdoor space for seating, and we covered them in quilts to make everyone a little more comfortable. 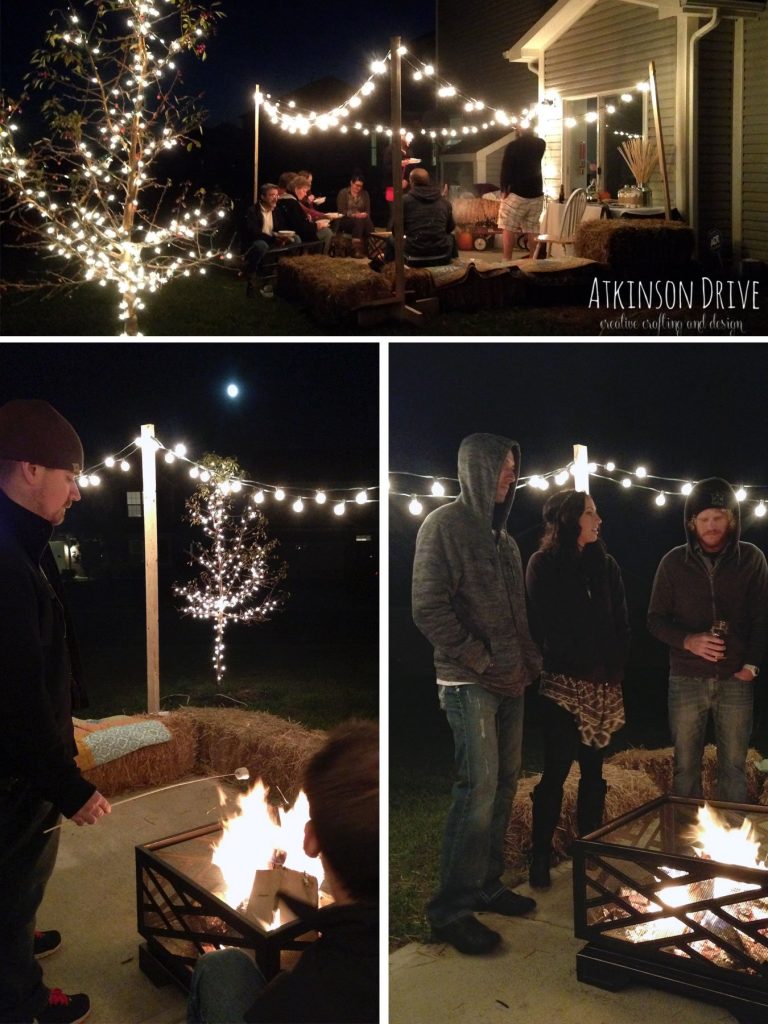 It was the perfect Fall evening (and I’m glad we had a chance to celebrate before the snow starts later in the week)!

I created all of the printables for the party, and the invitation set can be found in my Etsy shop.