One of my favorite foods in the entire world is Fettuccine Alfredo. Well … Alfredo sauce at least – I don’t really care what it’s smothering! I’ve been making this sauce for years now, and have found that the homemade stuff is better than anything I’ve ever found at a restaurant. What a shame to spend a load of money on something that you can make very easily at home!

After talking to several friends, it seems people are a bit intimidated by making Alfredo sauce, but it’s a really simple recipe that’s pretty hard to mess up. Plus, if you make it when people come over, they’ll think you’re a culinary genius … win win. 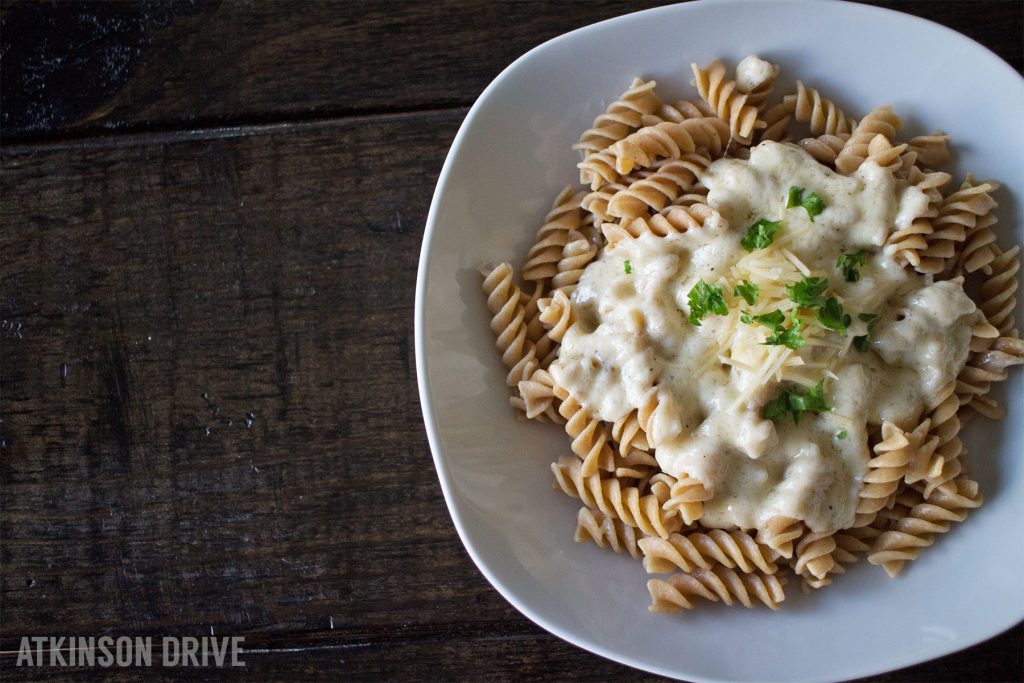