You guys who have been reading along for some time now know my penchant for making homemade halloween costumes for my boys. Over the years you’ve seen a Shark, Minion, Donut, and more! I have yet to actually decide what to do this year, since my boys are getting to the age where they want to choose their own Halloween costume (though it changes every few weeks). So, I’m going to show off what we did last year! 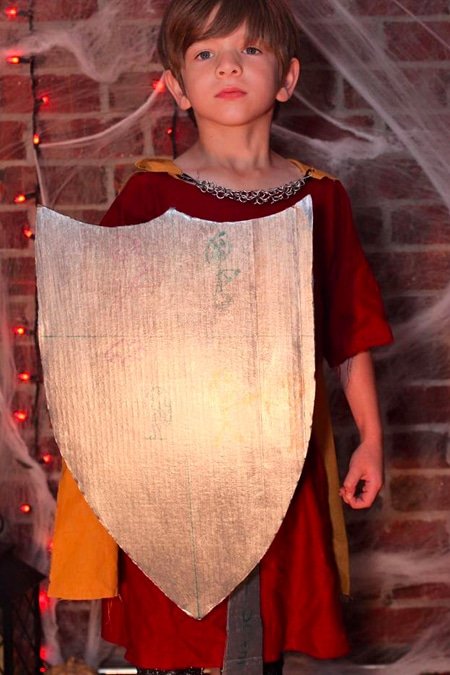 My oldest son is in school now, and they have to do projects each quarter. Last year he chose to do his projects on King Arthur, and since we had to make a costume for that we decided to tie Halloween into it *go mom*! The King costume was a little more involved, and definitely not no-sew, so we’ll get into that another time. But today I want to focus on my little dragon Halloween costume. I mean … come on … a dragon and Knight? I couldn’t resist! 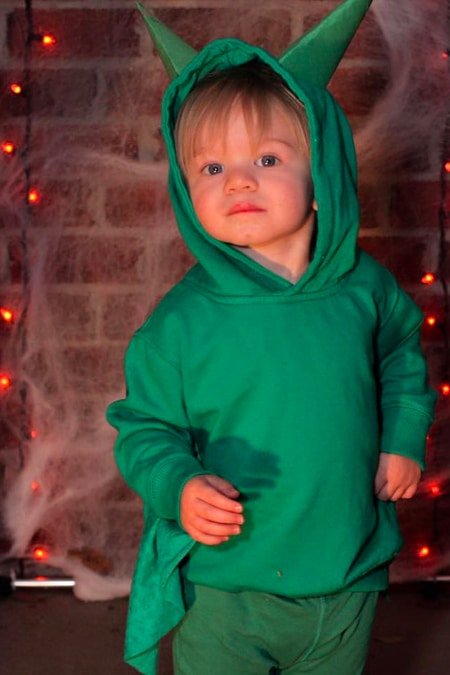 This is probably one of the easiest costumes you’ll ever make. The whole thing starts with a green hoodie and leggings. I found some on Amazon, but I’m sure you could find some locally if you search! Then, I took two pieces of green fabric cut into large triangles to make the wings. Hot glue was used to attach the fabric to the undersides of the hoodie arms. I just eyeballed it to see what size to make the wings, but to be safe I’d recommend purchasing between 1/2 to 1 yard of (knit) fabric.

To finish off the costume, I took two pieces of green construction paper to make the horns (or whatever it is that dragons have). I rolled each piece into a cone, taped it so it stayed close and then smushed them to create the off-circular shape. To attach them to the hood, I cut the bases to be flat and used hot glue. 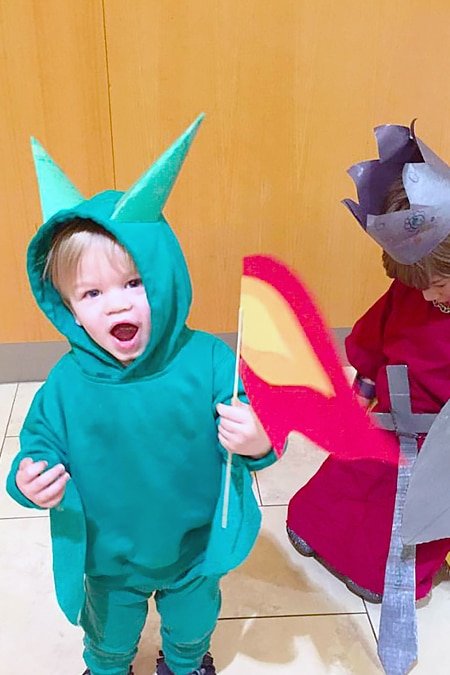 If you want to get especially realistic, you can make some paper flames on a wood dowel for your little one to hold up to their mouth! I just found some shimmery, colorful card stock at the craft store to glue together and sketched out a flame shape. It was a big hit for sure!

And that’s it… If you love the idea of having little Knight and Dragons running around this Halloween, keep an eye out in the coming weeks for our King Arthur costume tutorial!